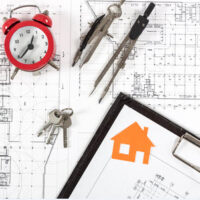 Most construction contracts awarded by the federal government require the prime contractor to post two separate bonds, which are known as “Miller Act” bonds after their authorizing statute. The first Miller Act bond is to guarantee performance of the contract, while the second bond guarantees the prime contractor will pay any subcontractors and suppliers. If the government ends up terminating a contract due to non-performance, the contractor and the surety that issued the bond may end up challenging the termination decision in the U.S. Court of Federal Claims, which normally has jurisdiction over federal contracting disputes.

But it is possible for other litigation to arise from a government contract termination outside of the Court of Federal Claims. A recent case before a federal judge in Fort Myers, United States v. Lodge Construction, Inc., illustrates how complicated these disputes can get. This case involves a federal contract awarded to Fort Myers-based Lodge Construction in 2010 to rehabilitate a levee near the Hillsboro Canal. As required by the Miller Act, Lodge obtained performance and payment bonds from a surety, Hanover Insurance Company, each in the amount of roughly $44.1 million.

About two years into the project, the Army Corps of Engineers decided to terminate the contract, citing “default for completion” on the part of Lodge. This prompted a number of lawsuits in the Court of Federal Claims. Lodge sued the Corps to challenge the termination decision. Hanover sued the Corps to recover the money it paid under the bond–more than $23 million–following the termination.

While these lawsuits were pending, the Corps issued a Contracting Officer’s Final Decision (COFD) against Lodge. The COFD essentially said Lodge owed the government just over $2 million in liquidated damages and re-procurement costs. The government said this amount was not covered by the $23 million Hanover previously paid the Corps under the Miller Act bonds.

Rather than pursue this $2 million in the Court of Federal Claims’ action, the government instead filed a separate civil lawsuit in the U.S. District Court for the Middle District of Florida. Lodge moved to stay, or suspend further proceedings in, the case until the Court of Federal Claims resolved the multiple cases that had already been filed. On December 17, 2019, U.S. District Judge Sheri Polster Chappell granted the stay. After explaining that Lodge had no right to seek review of the COFD itself in her court, she nevertheless agreed with the company that the outcome of the Court of Federal Claims’ cases “could impact whether the United States can recover the re-procurement costs and liquidated damages sought in this case.” Specifically, the judge acknowledged the Court of Federal Claims might rule the government’s decision to terminate the contract in the first place was unlawful. Therefore, in order to avoid potentially conflicting decisions on this issue, Judge Chappell said it made more sense to stay the case.

When a government contract goes wrong, it can take years to deal with the legal fallout. That is why it is critical to work with an experienced Florida construction contracts lawyer during all stages of the process. Contact Linkhorst & Hockin, P.A., today if you need advice or representation in connection with any construction law matters.