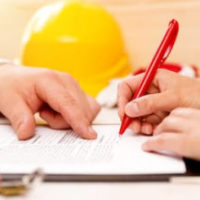 Sureties are very common in construction contracts, effectively acting as an insurance policy for a first party, allowing it to seek reimbursement from a second party in the case in which a third party does not perform according to a contract. However, like insurance companies, and in an effort to avoid paying on false claims, sureties are extremely thorough in their analysis of each claim for payment. In some cases, retaining the services of an attorney experienced in dealing with construction contracts, and bond claims, can ensure that payment is received. Recently, a decision by the Eleventh Circuit regarding a Florida surety contract may have helped to avoid far-reaching negative effects on the construction industry. As will be described in more detail below, the Eleventh Circuit reversed a grant of attorneys’ fees to a surety company from a general contractor. A discussion of this case, along with some practical tips regarding sureties, will follow below.

It is imperative that a contractor, or any person or entity who is an obligor, requires a reputable surety by any principals (subcontractors) before commencing with a construction project. Further, as held by the Appellate Court, it is also imperative that all contingencies are set forth in the agreement, so that, if attorneys’ fees are substantial, for example, they, in fact, can be awarded. Having an experienced attorney, with knowledge in not only how construction contracts should be structured, but also in bond claims, will surely help alleviate any problems these issues can cause.

If you are a contractor, and a subcontractor has failed to perform according to the agreement you have with it, and you are curious about your options to enforce the agreement against the surety, contact the experienced construction attorneys at Linkhorst & Hockin, P.A. as soon as possible. We have experience in handling construction contractual issues, including those involving sureties. We will analyze your claim and strategize with you to develop an appropriate course of action. Contact our Jupiter office today for a consultation of your situation.