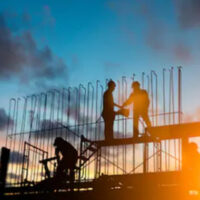 Construction delays are never a good thing for any party involved in a major project. Ideally, the terms of the construction contract will specify procedures for handling delays, including granting any necessary extensions of time to deal with unforeseen problems. But even with such processes in place, there may still be disputes–and potentially lawsuits–over whether all sides have held up their end of the bargain.

A recent lawsuit filed in Miami-Dade Circuit Court helps to illustrate what we are talking about. In early 2017, Florida East Coast Industries (FECI) secured over $200 million in funding to construct 800 apartments as part of a mixed-used project known as MiamiCentral. Through two subsidiary companies, DT Residential North and DT Residential South, FECI hired Suffolk Construction as the general contractor on the project.

According to Suffolk Construction, the plaintiff in this case, its contract with the DT companies required the latter to extend any deadlines in the event of a delay caused by “abnormally adverse weather.” Subsequently, Suffolk Construction said there were “[s]ubstantial delays” in the completion of the MiamiCentral apartments due to “inclement weather/hurricane event(s).” Suffolk said it then requested and received approval for extensions of time and costs from the DT companies, but that the project owners later “reneged on said agreement.” Suffolk’s lawsuit therefore alleges the DT companies committed breach of contract.

According to a report in the real estate news site The Real Deal, the weather delays referenced in Suffolk Construction’s complaint might include Hurricane Irma, the Category 5 storm that hit Florida in September 2017, several months after the MiamiCentral construction began.

The Real Deal also noted that this was not the first lawsuit to arise from construction delays on the MiamiCentral project. In October 2019, Suffolk Construction and three other firms agreed to pay $10.5 million to ADF International to resolve a separate lawsuit. Montana-based ADF provided steel for the MiamiCentral development. In its lawsuit, ADF alleged that it was forced to incur additional costs due to “errors, omissions, conflicts and changes” to the construction plans implemented by Suffolk Construction and one of its co-defendants. Essentially, ADF accused Suffolk of failing to “properly manage subcontractors by having other trades get in the way of ADF’s work,” according to the Real Deal.

Construction delays are always costly for contractors, subcontractors, suppliers, and project owners alike. Ideally, a well-drafted construction contract will include contingency planning to address possible delays. Among other things, the contract should include clear definitions of what qualifies as an “excusable” or “non-excusable” delay, and how the parties involved should deal with any requests for extensions of time and costs.

Whether you are looking to negotiate a new construction or contract or need advice regarding your rights under an existing agreement, it is always a good idea to work with an experienced Florida construction lawyer. Contact Linkhorst & Hockin, P.A., to schedule a consultation with a member of our construction law team today.