Does a Construction Arbitration Agreement Bind Everyone Who Lives in the House? 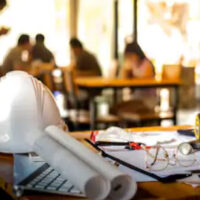 It is not unusual for the purchaser of a new home to accuse the builder of defective construction. Such claims, of course, can lead to expensive and time-consuming litigation. One way to mitigate against such risk is by including a mandatory arbitration clause in the purchase agreement.

Federal law strongly favors the enforcement of arbitration agreements. But there are limits. State courts may decline to compel arbitration if they feel a particular claim–or claimant–falls outside the strict terms of the agreement.

For example, a Texas appeals court recently declined to enforce an arbitration agreement against the minor children of a couple who purchase a home with an alleged construction defect. The parents purchased their home from the original developer in September 2016. The couple formally moved into the completed house with their two young children in April 2017.

More than two years later, the parents filed a lawsuit against the developer, alleging the home was infested with mold. Among other claims, the lawsuit said the children “were continuously sick” due to mold exposure. The lawsuit further alleged that when informed of the mold problem, the developer only performed a “limited” assessment and thereafter “failed to disclose the recommendations of the mold inspection company” it hired. The parents said they hired their own mold inspection company to provide a “more extensive” assessment, which revealed there were “unacceptably elevated levels of mold and mycotoxins” in the house due to “construction defects” in the heating and air conditioning system.

In response to the lawsuit, the developer filed a motion to compel arbitration. The developer cited a paragraph in the purchase agreement signed by the parents, which clearly stated that “any and all claims, controversies, breaches or disputes” between the parties must be resolved through binding arbitration. The parents conceded they signed this agreement, but they argued their children were not signatories, so their own personal injury claims could not be subject to arbitration.

A Texas judge agreed that only the parents’ claims were subject to arbitration. The developer appealed, insisting the arbitration agreement also covered the children’s claims. But a Texas appeals court disagreed and affirmed the trial judge’s ruling on this point.

The appellate court noted there are situations where a “third-party beneficiary” to a contract can be compelled to arbitrate a dispute, even when they did not sign the original contract. But at least under Texas law, there is a legal presumption against such a finding. Only when there is a “clear and unequivocal expression” that the parties signing the contract intended to benefit a third party can that presumption be overcome.

In this case, the court said there was nothing in the language of the purchase agreement that “intended the agreement to directly benefit the children.” To the contrary, the only beneficiaries were the parents, i.e., the people who were actually purchasing the home. The “incidental” fact the children happened to live in the home with their parents did not actually make them third-party beneficiaries, at least for purposes of contract law.

Arbitration clauses are a valuable tool that can help protect a developer or builder from meritless defective construction lawsuits. But as the case above illustrates, arbitration agreements are not always bullet-proof. That is why it is important to consult with a qualified Florida construction lawyer who can review your existing agreements and advise you on what additional steps you can take to safeguard your interests. Contact Linkhorst & Hockin, P.A., today to schedule a consultation with a member of our team.