Even a Prior Settlement May Not Prevent a Construction Defect Lawsuit 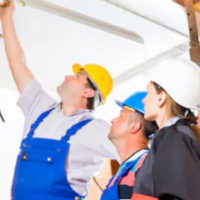 Nobody starts a major construction project assuming there will be defects in the work. And even when a defective construction claim arises, it is often in the best interests of all parties to settle the matter outside of court. But what happens when a settlement is later challenged by a party who alleges there were previously unknown construction defects not covered by the agreement?

Close Out Agreement Did Not Cover “Latent Defect” Claims

The Florida Third District Court of Appeals recently confronted this issue in a case, MBlock Investors, LLC v. Bovis Lend Lease, Inc., involving a dispute over the construction of a Miami condominium complex. The property, known as Midblock Miami East, was completed in 2008. The original developer hired the plaintiff, BLL, to serve as the general contractor on the project. BLL initially sued the developer over the unpaid invoices. In response, the developer alleged there were “several construction defects in the property.”

In 2009, the two sides settled. They signed a Close Out Agreement whereby BLL reduced its construction bill and both sides agreed to a release of all future claims “which are known to [the developer], its employees, agents, partners, managers, members, consultants, representatives, predecessors, attorneys, and their respective successors and assigns.”

Two years after the Close Out Agreement, the developer defaulted on its original construction loan. The bank, HSBC, then took title to the property through a specially created subsidiary, MBlock. In 2015, MBlock filed a new lawsuit against BLL, accusing it of “negligent construction and violations of the Florida Building Code” with respect to Midblock Miami East.

A trial court granted summary judgment to BLL, however, citing the terms of the 2009 Close Out Agreement, which the judge said was binding on MBlock as the “successor” entity to the original developer. MBlock appealed this decision. The Third District determined the Close Out Agreement did apply to MBlock, but it nevertheless permitted the plaintiff to proceed with its lawsuit against BLL.

The Close Out Agreement, the appeals court noted, only covered “known claims” arising from the construction of Midblock Miami East. Most of these known claims were listed on a separate exhibit attached to the original agreement. However, this did not apply to any “latent” defects that were unknown to the parties at the time.  MBlock’s lawsuit specifically alleged such latent defects. Indeed, MBlock provided an affidavit from an expert witness who said he discovered defects that were not mentioned in the exhibit and that could not have been “reasonably discovered” without a “forensic evaluation” of the property. Given this evidence, the Third District said it was inappropriate for the trial court to dismiss MBlock’s lawsuit at the summary judgment stage.

Get Help from a Florida Construction Law Attorney Today

Defective construction litigation can rear its head years after the completion of a project, as the case above illustrates. So if your company is facing such a lawsuit and needs assistance and advice from a qualified Florida defective construction attorney, contact Linkhorst & Hockin today to schedule a case analysis with a member of our team.