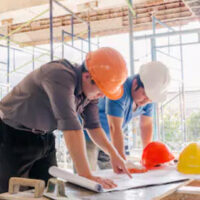 A recent decision from the Florida Second District Court of Appeals, Riverside Heights Development, LLC v. City of Tampa, addressed the application of this notice requirement to property acquired by a local government before the creation of a CRA. In this case, the City of Tampa purchased two adjacent buildings in 1923, known as the Water Works Building and the Cable Office, respectively. Seventy-six years later, the City created a CRA for the Tampa Heights Riverfront area, which included both buildings.

In 2011, the City issued a request for proposal (RFP) seeking private developers to purchase and redevelop the Water Works building. The City ultimately accepted a proposal from Ulele, Inc. Under the final lease terms, the City granted Ulele the option to later purchase the Water Works building–which was not included in the original RFP. The parties later amended the lease to permit Ulele to include the Cable Office for “no additional consideration.”

Another developer, Riverside Heights, took exception to this. It filed a lawsuit alleging the City violated state law when it amended the lease to include the Cable Office without putting the building up for a separate RFP. The City and Ulele replied that since the Cable Office was acquired prior to the creation of the CRA, the notice requirement did not apply.

The Circuit Court agreed with the defendants. But on appeal, the Second District reversed. It noted the law clearly states notice must be given before “any real property or interest therein in a community redevelopment area” is disposed of. There was no reason, the appellate court said, to “apply anything other than the plain and ordinary meaning” to the word “any” in this section.

The City argued that “any” should be read to mean only that land which is acquired by a local government for the express purpose of carrying out a community redevelopment plan. Again, the Second District disagreed. It noted that while the Cable Office was not acquired by the City as part of its redevelopment plan, it “still cannot be transferred without a public request for proposals.” This is because state law still requires a determination if the proposed transfer is “in the public interest and in furtherance of the purposes of the community development statutes.”

Schedule a Remote Consultation with a Florida Construction Lawyer Today

Disputes like these often leave construction contractors caught in the middle. That is why it is important for your construction firm to have independent legal advice and representation. If you need assistance from an experienced Florida construction attorney, contact Linkhorst & Hockin, P.A., at 561-626-8880 today to schedule a meeting with a member of our team. During the COVID-19 crisis, we are offering consultations through remote means.