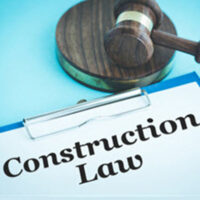 Florida provides homeowners with some of the strongest creditor protections in the country. The Florida Constitution itself contains a homestead exemption, which prohibits the forced sale of a person’s primary residence in order to satisfy a debt or creditor judgment. There is, however, a critical exception for “obligations contracted for the purchase, improvement or repair” of the home. This means that contractors can still file mechanic’s liens and, if necessary, foreclose on a homestead property in order to obtain payment for materials or labor.

A separate provision of the Constitution’s homestead exemption states that a homestead may not be “alienated” except by “mortgage, sale or gift” of the owner. (If the owner is married, the spouse must also consent to the alienation.) This has created some confusion in Florida law as to whether or not alienation also covers a scenario where the owner voluntarily “assigns” their right to receive proceeds from the homeowner’s insurance to a third-party construction contractor.

The Florida Fifth District Court of Appeal recently addressed two unrelated cases addressing this same subject. In the first case, Speed Dry, Inc. v. Anchor Property and Casualty Company, Hurricane Irma in 2017 damages a homeowner’s property. The homeowner then filed a claim with Anchor, his insurance company, and assigned his benefits to Speed Dry, the contractor hired to conduct repairs on the property.

Anchor later refused to pay Speed Dry for the repairs. This prompted Speed Dry to file a civil lawsuit against Anchor in Seminole County Circuit Court. In response, Anchor moved to dismiss the case, arguing that Speed Dry lacked legal standing. More to the point, Anchor argued the anti-alienation clause of the Florida homestead exemption rendered the homeowner’s assignment of insurance benefits to Speed Dry unenforceable as a matter of law, as it was not a “mortgage, sale, or gift.”

Less than two weeks after the Fifth District issued its Speed Dry opinion, a different panel of that same court issued a second decision, Landmark Construction Inc. v. Anchor Property and Casualty Insurance Company. The fact pattern was basically the same as Speed Dry: A homeowner hired a contractor to repair property damage caused by a hurricane, the homeowner assigned their Anchor insurance benefits to the contractor, and Anchor refused to pay. The contractor then sued Anchor, which argued the lawsuit was barred by the homestead exemption.

The Fifth District said it was bound by its earlier opinion in Speed Dry to reject Anchor’s argument a second time. But the court said that due to the “public importance” of this issue, the panel also certified a question to the Florida Supreme Court, asking it to decide once-and-for-all if the anti-alienation clause of the homestead exemption permits an owner to “assign post-loss insurance benefits to a third-party contractor contracted to make repairs to the homestead property.”

At a time when Florida is dealing with yet another destructive hurricane season, a definitive ruling in favor of contractors would be welcome news to the entire construction industry. The homestead exemption was never meant to give insurance companies a means of stiffing honest contractors. Indeed, the language of the homestead exemption itself has long recognized the importance of paying those persons and businesses that furnish labor and materials for home construction projects.

If you have additional questions about how cases like these may affect your own rights as a contractor, contact the Florida construction attorneys at Linkhorst & Hockin, P.A., at 561-626-8880 today to schedule a meeting with a member of our team.