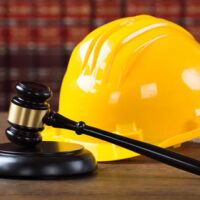 A perennial issue in construction law is the proper classification of workers. Whether or not a given worker is an “employee” or an “independent contractor” has substantial legal consequences. Employees are typically more expensive, as the employer is required to pay for a share of an employee’s Social Security and Medicare taxes, comply with minimum wage laws, provide workers’ compensation insurance, and potentially offer a host of other benefits such as health insurance. Understandably, many construction firms would therefore prefer to classify as many workers as possible as independent contractors.

But general contractors and subcontractors need to tread carefully in this area. State and local governments have been proactive in recent years in bringing “misclassification” lawsuits against employers suspected of improperly trying to treat legal employees as independent contractors. And even when the contractor believes it has done nothing wrong, it may still end up settling a lawsuit rather than go through a lengthy litigation process.

Just recently, a Florida-based construction contractor decided to resolve misclassification charges brought by the municipal government of Washington, DC. In 2018, the District of Columbia’s attorney general, Karl Racine, filed a lawsuit in the city’s local courts against Power Design, Inc. (PDI), and one of its now-defunct subcontractors. Racine’s officer said PDI worked on nearly a dozen construction projects throughout Washington, DC, and during that time misclassified approximately 500 employees as independent contractors.

In misclassifying these workers, the District alleged PDI also failed to comply with the city’s minimum wage, overtime, sick leave, and unemployment insurance laws during a three-year period.

PDI did not admit to any of the District’s allegations. It did agree, however, to the entry of a “consent order,” which is similar to a civil settlement. Under the consent order, PDI will pay the District of Columbia a total of $2,750,000. This amount will cover approximately $880,000 in compensation to the workers who were allegedly misclassified, and another $50,000 to establish a local apprenticeship program. The remainder of the settlement, more than $1.8 million, will go directly to the D.C. government. The consent order also requires PDI’s ongoing compliance with D.C. labor laws.

A PDI vice president told the online publisher DCist, “We are pleased to have reached this agreement with the District of Columbia, which we believe is in the best interest of our employees, contractors, and subcontractors with whom we work.” The PDI official noted this case was the result of “mistakes made by two of our former subcontractors.”

Even when worker misclassification is an honest mistake, it can still prove to be costly for a contractor or subcontractor. That is why it is critical to seek out legal advice before a state attorney general comes calling. If you need advice or representation from a qualified Florida construction attorney, contact Linkhorst & Hockin, P.A., at 561-626-8880 to schedule a case analysis with a member of our team today.