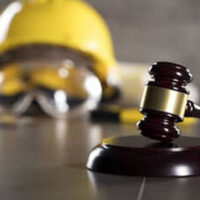 Under Florida workers’ compensation law, a general contractor is responsible for injuries sustained not only by its own direct-hire employees, but also any employees of a contractor or sub-contractor engaged in “contract work” on the same project. As far as the law is concerned, the general contractor is the “statutory employer” of everyone hired to work on the job site.

When Is a “Contractor” Not a Contractor?

The U.S. 11th Circuit Court of Appeals recently addressed a dispute over the precise definition of “contractor” when applying the principles described above. The case, Mid-Continent Casualty Company v. Arpin and Sons, LLC, arose from an accident at the site of a Miami senior citizens’ housing project owned by a local church. The church hired Arpin and Sons as its general contractor on the project. Arpin said it agreed to do the job “pro bono” as a charitable gift to the church.

Although Arpin filed and obtained the necessary building permits for the project, the church’s pastor hired most of the subcontractors who performed the actual construction work. Apparently, some of the church’s own employees worked on the project. One of these employees was injured on the job site when he “came into contact with an electrified bucket of concrete,” according to court records.

The church did not carry workers’ compensation insurance. Arpin, however, filed for workers’ compensation benefits on the injured church employee’s behalf. Several months later, however, the church employee turned around and sued Arpin in Florida state court, alleging the general contractor was “negligent in its operation of the construction site.”

Arpin’s GCL carrier then sued Arpin in federal court, seeking a declaration it did not have to defend the general contractor in the state lawsuit. As the CGL carrier saw it, this was a workers’ compensation case, which was clearly excluded from the policy. In response, Arpin argued that the injured worker did not qualify as a “statutory employee” since the company was technically not a “contractor” as defined by Florida workers’ compensation law.

Essentially, Arpin’s position was that since it never received any money from the church for its services, there was no actual “contract” between the two entities. And if there is no contract, then Arpin could not be held liable for injuries sustained by someone who was not their employee.

The 11th Circuit disagreed with this line of reasoning. Affirming a trial court’s earlier ruling, the appellate court noted that despite the lack of payment or a formal contract, Arpin “was involved” in the church’s construction project to the same degree as any typical general contractor. Notably, Arpin was legally responsible for obtaining the building permits and undertaking the necessary property inspections. And as noted above, Arpin initially “assumed some liability for the safety of workers on the project” by allowing the injured church employee to file a claim against its workers’ compensation policy. Given all this, the 11th Circuit said the CGL carrier properly invoked the exclusion for workers’ compensation cases, meaning it did not have to defend or indemnify Arpin against the employee’s state negligence lawsuit.

A key lesson from this case is that general contractors should always assume that any worker injured on a job site may ultimately be their legal and financial responsibility. An experienced Florida construction attorney can provide you with additional guidance in this area. Contact Linkhorst & Hockin, P.A., today, to schedule a consultation. Our staff is currently working through the COVID-19 crisis, and we are happy to offer meetings and consultations through remote means.