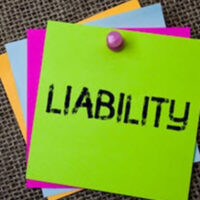 Construction accidents occur everyday. Few make national headlines. One exception was the March 15, 2018, collapse of a pedestrian bridge at Florida International University in Miami. Known as the FIU Sweetwater UniversityCity pedestrian bridge, it was constructed to connect the FIU campus to nearby student housing. The construction project, which cost over $14 million, was overseen by the University itself rather than the Florida Department of Transportation.

On March 13, 2018, the lead engineer for the bridge discovered and reported cracks at the north end of its span. At the time, the engineer believed this was a problem that could be fixed once installation of the bridge was completed. Two days later, at 9 a.m. on March 15, an FIU employee heard a “whip cracking” sound coming from under the bridge span. A few hours after that, at 1:46 p.m., the 174-foot bridge fractured and the 950-ton span dropped approximately 18 feet, killing 6 people, injuring 10 other individuals, and crushing several cars.

In October 2019, the National Transportation Safety Board (NTSB) announced the results of investigation into the FIU bridge collapse. The NTSB determined that “load and capacity errors made FIGG Bridge Engineers, Inc.,” the company that designed the bridge, was the “probable cause” of the collapse. The Board also cited a lack of overall “design guidance” regarding “redundancy in concrete truss bridges,” and recommended that such standards be adopted.

Here is a brief overview of the NTSB’s findings:

Several lawsuits have already been filed against various companies and individuals associated with the FIU bridge project. One contractor has already filed for bankruptcy and negotiated a multi-million settlement with the victims of the collapse and their families. Other lawsuits are likely to continue for several years.

When it comes to a major construction accident, sorting out the legal liability is never a simple task. That is why if you are a contractor, you need to work with an experienced Florida contractor representation lawyer who will fully and zealously represent your interests. Contact Linkhorst & Hockin, P.A., today at 561-626-8880 if you need legal advice on any construction-related matter.