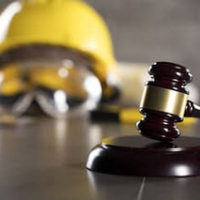 As the adage goes, time is money. This certainly holds true in construction projects, where delays can pose not only a time issue, but significant financial expenditure as well. If managed properly, construction projects are similar to a well-oiled machine, but delays are often seen as a common occurrence in this work. Common delays often manifest as delays in the receipt of raw materials at the construction site, as well as staffing issues from subcontractors. Retaining the services of an experienced Florida delay claims attorney can be crucial to ensuring that the costs associated with any delay is paid by the responsible party. The property owner is not usually assumed to be the source of a delay, but there are some responsibilities and duties entrusted to the owner that must be completed, and the failure to address these aspects may cause a delay in the entirety of the construction project. In such a case, a San Francisco Bay Area contractor has filed suit against the owner for delays caused by the owner’s faulty designs and general unresponsiveness.

Delays which Affect Early Completion of a Project

A unique circumstance that may involve a construction delay attributable to the owner is a construction project that nevertheless is completed early, in spite of the delay. In these cases, it may seem counterintuitive that reimbursement should occur for the delay. However, in these situations, where a contractor can promise that the project will be completed early, and, in fact, does complete the project early, the contractor will usually price its contractual bid in accordance with the early completion date. In other words, the bid price will usually be lower than bids based on the standard completion date, on account of the fact that various costs, such as payroll and insurance, would be reduced because manhours are reduced. When a delay occurs in this situation, there is still a monetary cost, and, as a result, there should still be a recovery of that cost by the responsible party.

Types of Construction Delays Attributable to the Property Owner

If you have been involved in a construction delay, and you are curious what you can do to hold the owner accountable for the costs associated, contact an experienced construction law attorney as soon as possible. The attorneys at Linkhorst & Hockin, P.A. have years of experience in this area of the law, including how to deal with a delinquent owner. Contact our Jupiter office today.