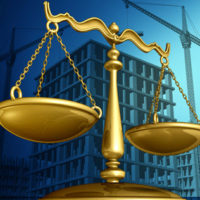 Public contracting can pose a challenge for even experienced Florida builders. There are a myriad of rules and regulations that need to be followed when dealing with a public construction project. And if you fail to follow the state’s procedures to the letter, you can quickly find yourself dealing with the legal fallout in court.

A recent decision from the Florida First District Court of Appeal, Heritage Oaks, LLP v. Madison Pointe, LLC, offers an important cautionary tale on this point. This case involved a legal challenge to the Florida Housing Finance Corporation’s decision to rescind an award earmarked for the construction of affordable housing. The appeals court ultimately agreed with an administrative law judge’s ruling upholding that decision.

Here is a brief overview of what happened. Florida Housing issued a request for applications (RFA) seeking bids to build affordable housing units for several counties. In response to the RFA, an applicant proposed the creation of 85 “newly constructed housing units” under the name Heritage Oaks.

Florida Housing required all applicants to fill out an application. One of the questions on the application asked about the “total number of units” proposed. The question further elaborated that applicants must indicate the number of “existing units” on the proposed site, including units that were not currently occupied. The Heritage Oaks group answered there were no existing units on its proposed site.

An administrative law judge ultimately agreed with Madison Pointe. The judge noted the RFA asks about existing units so that Florida Housing can ensure any tenants can be relocated. Heritage Oaks said it believed the question about existing units only applied to housing that was to be rehabilitated, as opposed to its proposed site, where all units were to be demolished.

But as the appeals court explained, “such a reading is not reasonable.” The term ‘existing units’ as it appeared on the RFA clearly meant “units existing on the development site at the time of application.” And Heritage Oaks’ incorrect answer was not a “minor irregularity” that Florida Housing could simply ignore. It was an “omission of material information” that justified Florida Housing’s decision to revoke Heritage Oaks’ award.

Get Advice from a Florida Construction & Public Contracting Attorney Today

There are no minor or insignificant issues when it comes to public contracts. That is why it is critical to work with a Florida bid protests, bid disputes, and public contracting lawyer. Contact Linkhorst & Hockin today if you need advice or assistance related to any construction law matter.