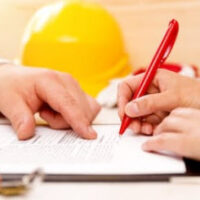 Most of Florida’s population lives near the coastline. This poses special challenges for construction projects as climate change contributes to rising sea levels. To address these challenges, the Florida legislature recently adopted Senate Bill 178, which will require project-based “sea level impact” (SLIP) studies for state-financed construction projects starting in 2021.

Why the Legislature Acted

As explained in an analysis prepared by the Florida Senate’s appropriations committee, Florida is “particularly vulnerable to coastal flooding” due to changes in sea levels. Studies prepared by the U.S. Global Change Research Program estimate global seal levels may rise as much as 4.3 feet by 2100. Local changes may be even more extreme. For instance, the Tampa Bay Climate Science Advisory Panel estimates regional sea levels could rise up to 8.5 feet by 2100.

The committee’s analysis suggested that even a one-foot rise in Florida’s average sea level would put more than 65,000 homes at risk throughout the state. Under a worst-case scenario, the committee said Florida “could lose more than $300 billion in property value by 2100.” For these reasons, SB 178 is designed to assess the “potential relative local sea-level rise and increased storm risk during the expected life” of certain new major structures built along Florida’s coastlines.

Under SB 178, the Florida Department of Environmental Protection (DEP) will establish rules for conducting SLIP studies. The rule itself will take effect one year after its finalized and will not apply retroactively. Once in force, the rule will apply to any “state-financed constructor” that uses state-appropriated funds to build any major structure within a designated coastal building zone.

According to the final legislation, the required SLIP study must “[u]se a systematic, interdisciplinary, and scientifically accepted approach in the natural sciences and construction design” to assess the expected “flooding, inundation, and wave action damage risks relating to the coastal structure” during its expected lifespan or the next 50 years, whichever period is less.

SB 178 authorizes the DEP to seek an injunction to stop any state-financed construction projection that does not comply with the SLIP study requirement. If a project is completed without obtaining a study, the DEP may seek to recover any state funds spent.

What SB 178 Does Not Require

As adopted, SB 178 applies to public entities that commission or manage construction projects, not the contractors who perform the work. So if you are a general contractor or subcontractor hired to work on a public project, keep in mind it is the hiring entity that must obtain and pay for the necessary SLIP study once the final DEP rule takes effect. Additionally, this legislation does not apply to any privately financed construction project, i.e., one that does not receive any portion of its funding from the State of Florida.

If you have additional questions or concerns about how SB 178 may affect your own business and would like to speak with a qualified Florida construction attorney, contact Linkhorst & Hockin, P.A., at 561-626-8880 today.