What Is an Owner’s Liability for Injuries Sustained by a Subcontractor’s Employees? 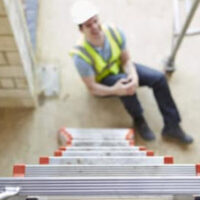 As a general rule, if an individual employee is injured they cannot seek damages against the owner. The employee is typically limited to obtaining workers’ compensation benefits from their employer. But what about situations where the property owner is also the general contractor, or acts in a manner consistent with that of a general contractor?

The Florida Fourth District Court of Appeal addressed this question in a 2008 decision, Johnson v. Boca Raton Community Hospital, Inc. This was a wrongful death lawsuit brought by the spouse of a man who died of lung cancer. The widow alleged her husband was exposed to asbestos while working at various sites owned by the defendants. The defendants argued they were not legally responsible for the victim’s illness or death, as he was an “employee of an independent subcontractor.”

The Fourth District agreed. Affirming a trial judge’s earlier decision to grant summary judgment to the defense, the appeals court reiterated the general rule that “one who hires an independent contractor is not liable for injuries sustained by that contractor’s employees in performing their work.” There are, however, exceptions to the rule when there is proof the owner “has been actively participating in the construction to the extent that he directly influences the manner in which the work is performed” or directly engaged in negligent acts that created the “dangerous condition” that injured or killed the employee.

In this particular case, the Fourth District said neither exception applied. The widow failed to present any evidence showing the hospital “actively supervised” her late husband’s work in any way. That is to say, the defendants did not personally direct his worn or “control the methods” that he used.

Owners Can Be Liable If They Are Also General Contractors

To give a contrasting example, in a 2009 case, Worthington Communities, Inc. v. Mejia, the Second District upheld a $5 million verdict against the owner of a Fort Myers condominium project after an employee was paralyzed in a construction site accident. Unlike the defendants in the Johnson case, the property owner was also acting as its own general contractor on the project. Under these circumstances, the appeals court said the defendant had the “ultimate duty to maintain a construction site in a reasonably safe condition,” and could be held responsible for injuries to an employee of one of its subcontractors.

Both of these cases illustrate the critical importance of defining the legal responsibilities of all parties to a project beforehand. An experienced Florida construction law attorney can assist both owners and contractors in drafting contracts that address matters like indemnification and liability for worker injuries. Contact Linkhorst & Hockin, P.A., today if you need advice on this or any other area of construction law.