When Can a Florida Court Look Outside the Terms of a General Contractor’s Insurance Policy to Resolve a Dispute? 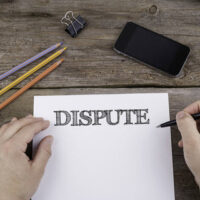 All Florida contractors know they need to obtain appropriate commercial general liability insurance before starting work on a project. Of course, insurance policies do not cover every potential lawsuit. Insurers carefully craft exclusions to minimize their own exposure and losses. And oftentimes, a contractor may find itself fighting a battle on two fronts: against a personal injury plaintiff on the one hand, and against their own CGL insurer on the other.

A recent decision from the U.S. 11th Circuit Court of Appeals, BBG Design Build, LLC v. Southern Owners Insurance Company, illustrates just how quickly things can go wrong for a contractor in these situations. This case involves a general contractor hired to renovate a domestic violence resource center in Fort Walton Beach, Florida. During the course of the renovations, an employee of the center sustained “bodily injury” when she was struck by “construction debris.”

The judge ultimately decided the insurance company was off-the-hook for any damages arising from the personal injury lawsuit. The 11th Circuit agreed and rejected the contractor’s appeal.

The “Limited Exception” to the Four Corners Rule

So why did the contractor lose? The personal injury lawsuit itself was somewhat ambiguous. The employee’s complaint never defined the precise nature of her injuries or described the “construction debris” that hit her. Based on this, the contractor argued the insurance company could not summarily deny coverage, as it was unclear whether these allegations fell within the “pollutant” exclusion of the policy.

Normally, Florida courts do not look outside the language of a contract, such as an insurance policy, when resolving a dispute. This is known as the “four corners rule.” But as the 11th Circuit explained, there is a “limited exception” to this rule recognized by Florida law for “special circumstances” where “it is manifestly obvious to all involved that the actual facts placed the claims outside the scope of coverage.”

In other words, by considering evidence outside the scope of the employee’s actual lawsuit, both the trial court and the 11th Circuit found that the policy exclusion clearly applied to this case. Specifically, the employee’s personal injury lawyer informed the insurance company prior to filing the lawsuit that she was “exposed to hazardous fumes and dust” released by the contractor’s renovation work. This was clearly an alleged “release of pollutants,” the 11th Circuit said, which meant the insurer was not required to defend the contractor.

Schedule a Remote Consultation with a Florida Construction Attorney Today

Many contractors blindly assume their insurance policy will protect them against any legal action arising from their work on a construction project. Such assumptions are often incorrect and costly. An experienced Florida construction attorney can review your current policies and advise you on any potential issues you may face now or down the line. Contact Linkhorst & Hockin, P.A., at 561-626-8880 today to schedule a meeting with a member of our team. During the COVID-19 crisis, we are offering consultations through remote means.