When Is a “Fixed-Bid” Contract Not Really a Fixed-Bid Contract? 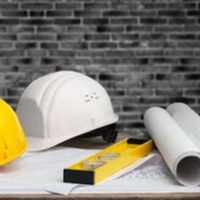 Most Florida construction contacts are “fixed-bid” or “lump-sum” arrangements. This simply means that the contractor agrees upfront to accept a certain price for their work regardless of the final costs. So if the contractor does experience any cost overruns, they basically have to eat that loss.

Project owners obviously prefer lump-sum contracts as it shifts the financial risks to the contractor. But as with any contract, it is critical for both sides to reach a “meeting of the minds” with respect to critical terms. To put this another way, what happens when the owner assumes that a contract is fixed-bid, but the contractor believes it allows for changes in payment terms as construction progresses?

A New Jersey court recently confronted just such a dispute. In Patel v. Unique Builderz, LLC, the plaintiff hired the defendant to build his house. The plaintiff drafted the construction contract. As written, the contract stated the plaintiff would pay the defendant $535,000, provided all work was completed “on time and on budget.”

According to the defendant, there was an “oral agreement” with the plaintiff that the contract price could be revised “as we progressed through the job.” Indeed, the written contract itself stated the timeline for completion could “change or vary” due to weather conditions, delays in receiving materials, or change orders. The contract further specified that only the plaintiff cold terminate the agreement, but he would then have to pay the defendant for any work completed.

But like the trial judge, the appeals court ruled this was not a fixed-bid contract. There was a “verbal understanding” corroborated by other evidence–including tape recordings the plaintiff made of his conversations with the defendant without the latter’s consent–proving that “as the contract progressed, they would make adjustments to the payment terms and schedule.” And as noted above, the written contract anticipated such changes. More to the point, the trial judge noted the contract itself never used the term “fixed-price.” And given the plaintiff drafted the agreement, the appeals court said, he could have easily included that term to make it clear this was intended to be a fixed-bid or lump-sum contract.

Construction contracts are supposed to help resolve potential issues between project owners and contractors. A poorly drafted agreement can lead to misunderstandings and unnecessary litigation. If you need advice or representation in connection with a contract, contact the Florida construction lawyers at Linkhorst & Hockin, P.A., to schedule a consultation.