When Is “Impossibility of Performance” a Defense to a Breach of Construction Contract Claim? 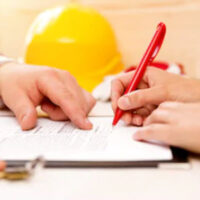 Many construction contracts contain language specifying completion of the project within a certain timeframe. But as we all know, there are many factors that can make even the most generous construction schedule impossible. So when does Florida law actually recognize “impossibility of performance” as a defense to a breach of contract claim?

Impossibility Is a “Fact-Specific Inquiry”

First things first: Impossibility of performance is a recognized defense under Florida law. The problem is that there is no precise definition of what qualifies as an “impossibility.” Indeed, it is not a term spelled out in any legislation. As a federal judge from Pensacola explained in a 1994 case, Metric Systems Corp. v. McDonnell Douglas Corp., impossibility of performance is a “term of art” that “requires far more than a belief, or even proof, that the other party is ‘impossible’ to work with.” That same judge also said a party raising impossibility as a defense must show it “exhausted all reasonable alternatives” before concluding performance was impossible.

In a more recent case from 2009, Kamel v. Kenco/The Oaks at Boca Raton LP, the U.S. 11th Circuit Court of Appeals noted “the application of the defense of impossibility of performance is ultimately a fact-specific inquiry and is not confined to a rigid set of factual conditions.” That said, whether or not the impossibility was “foreseeable” at the time the parties entered into the contract was a relevant factor.

The facts of the Kamel case are worth mentioning in order to gain a broader understanding of the impossibility defense. The plaintiffs were a married couple that signed a contract with the defendant to build their house. The construction contract included a provision that said the defendant agreed to “substantially complete construction of the Home in the manner specified in this Agreement by a date no later than one (1) year and eleven (11) months” after the contract’s execution date. This was subject, however, to delays caused a number of specified causes as well as any “other events which would support a defense based upon impossibility of performance for reasons beyond the [defendant’s] control.”

When the defendant failed to meet the one year and 11 months deadline, the plaintiffs attempted to revoke the contract and secure a refund of their deposit. The defendant balked, prompting the lawsuit. The lawsuit cited the defendant’s alleged violations of a federal statute, the Interstate Sales Full Disclosure Act (ILSA). In response, the defendant argued the ILSA did not apply to contracts where the seller was “obligated” to construct a building “within a period of two years.”

Under Florida law, the 11th Circuit said, such an obligation must be “unrestricted.” Here, the contract was unrestricted and thus exempt. The Court said the impossibility defense was available to the defendant “regardless of what the contract provides.” It was therefore not a separate contractual restriction on the defendant’s obligation to complete the house.

Once again, whether an impossibility defense is viable will depend on the facts of a given case. That is why it is critical to consult with a qualified Florida construction contract attorney before taking any legal action. Contact Linkhorst & Hockin, P.A., today if you need to speak with a lawyer today.