When the Contracting Process Is Corrupted: Dealing with Bid Rigging in the Construction Industry 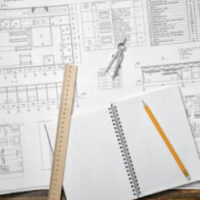 Losing a bid is something that happens to every Florida contractor or subcontractor. In most cases, the bidding process itself was conducted fairly and in accordance with the law. But there are situations where contractors may engage in improper–and illegal–bid rigging. Such actions can have serious consequences for both the companies involved as well as individual employees.

Two of the defendants worked for Bloomberg. The other two worked for Turner Construction Company. According to indictments obtained by Vance’s office, all four men provided “inside information” to subcontractors bidding on construction work at Bloomberg’s Manhattan offices. Vance said the defendants “filed falsified documents including phony invoices and purchase orders to inflate their budgets.” In exchange, the various subcontractors provided cash bribes and other incentives–such as home renovations–to secure the subcontracts.

In criminal terms, three of the four defendants pleaded guilty to grand larceny in the first degree under New York law. The fourth defendant pleaded guilty to a lesser charge of money laundering in the third degree. The grand larceny convictions carry a maximum sentence of 9 years in New York, with a mandatory minimum of 1 to 3 years. The money laundering defendant faces 1 year in jail plus an order to pay restitution.

Vance noted these four guilty pleas were part of a larger investigation into bid-rigging involving the Bloomberg project. Altogether, the Manhattan District Attorney said that as of October 6, 2020, at least 22 individuals connected with the various subcontractors involved had also entered guilty pleas to various criminal charges and had agreed to pay a combined $8.8 million in restitution.

If you are involved in an unsuccessful bid on a construction project and you suspect the winning bidder has potentially done something illegal, it is critical to take prompt action. Particularly when it comes to public construction projects, there is often a bid protest process available. But time is of the essence. You will only have a brief period of time to lodge a protest. So it is critical that you work with an experienced Florida construction attorney who understands the bid dispute and public contracting process.

Contact the offices of Linkhorst & Hockin, P.A., to schedule a consultation with a member of our legal team. Our staff is currently working through the COVID-19 crisis, and we are happy to offer meetings and consultations through remote means.