Can a Homeowners Association Sue a Builder Over Alleged Construction Defects? 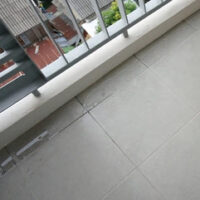 On July 16, a Florida homeowners association sued the development’s builder, accusing it of performing shoddy work and refusing numerous requests to fix the “latent defects” in a number of homes. In response, the builder argued in court filings that the HOA lacks the legal standing to bring such claims on behalf of individual homeowners–and in any case, any disputes regarding the construction must be resolved through binding arbitration.

What the HOA Alleges

According to the HOA the builder, who also served as general contractor, built 26 townhomes that were subdivided and sold as 241 individual units. The HOA said it initially “became aware of latent construction defects in the common elements” of the development in 2018, notably with the exterior walls of several buildings.

In May 2019, a professional building consultant hired by the HOA reported that there was “water intrusion” caused by “defects in the stucco, stone cladding and foam moldings [and] decorative shapes” of the exteriors. The HOA said it formally notified the builder of these defects in November 2019. The builder replied to this notice, as required by Florida law, but maintained that the HOA’s objections were “too vague to address.”

The HOA then hired another consultant to conduct “further investigations of the exterior cladding” and provide more detailed findings.“ Yet according to the HOA, the builder still refused to make the “necessary repairs,” prompting its lawsuit.

On August 10, the builder filed a formal motion to dismiss the HOA’s lawsuit in Miami-Dade Circuit Court. The builder presented two main arguments. First, it argued the HOA did not have the legal right to file a collective action on behalf of its individual homeowners. Second, the builder said language in each homeowner’s individual deed required individual binding arbitration of any disputes arising from alleged construction defects. The builder noted that as a matter of Florida law, any binding arbitration language in the original deeds also conveyed to any subsequent purchasers of the individual units.

The builder also insisted the homeowners’ individual arbitration agreements were binding on the HOA as well, even though it was not a signatory. Indeed, the builder’s position was that the HOA did not even have a leg stand on in court. The alleged construction defects applied to individual residential units and not any common property owned or maintained by the HOA itself.

A judge has scheduled a hearing on the builder’s motion for October 5, 2020. If the Court denies the motion, the case will likely proceed to pre-trial discovery.

Whenever there is a defect–real or perceived–with any newly completed construction project, the general contractor can expect the owner or third parties to take legal action. An experienced Florida construction lawyer can provide you with guidance and representation. Contact Linkhorst & Hockin, P.A., today to schedule a case analysis with a member of our team.