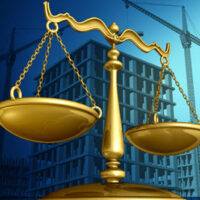 It goes without saying that all Florida general contractors have a duty to maintain a safe working environment for all of its employees and subcontractors. But safety is not just limited to potential physical hazards. There are also human factors that need to be considered.

For example, no contractor should ever allow its employees or supervisors to engage in racist, sexist, or other forms of discriminatory behavior. Not only is such behavior not conducive to a productive working environment–it can get you in serious legal trouble with federal and state civil rights agencies.

Take this recent case from California. On August 21, the U.S. Equal Employment Opportunity Commission (EEOC) announced that an electrical subcontractor working on Apple’s headquarters agreed to pay $1.25 million to settle allegations of illegal discrimination on the job site. According to the EEOC’s original lawsuit, filed last November in San Jose federal court, Air Systems, Inc. (ASI) subjected at least eight African-American employees to “racial harassment” in violation of Title VII of the Civil Rights Act of 1964.

The EEOC said the harassment occurred over a period of at least 15 months at the Apple project. The agency said portable toilets used at the job site were “filled with racist comments and pictures,” during this period. The graffiti included the N-word and “drawings of nooses and swastikas.” Although ASI management was aware of this graffiti, the company “did not take action to remove it.”

The foreman insisted the taunter was not a racist. At the end of the day, the foreman fired the African-American employee who complained. The foreman claimed this was due to a “reduction in force.”

Beyond the verbal taunting, the EEOC said someone “tied a rope into a noose” and placed it near a sprinkler pipe on the job site with a racist message indicating all African-Americans should be “hung like the [racist expletive] they are.”

Although ASI initially contested the EEOC’s lawsuit, it ultimately agreed to a consent decree. Without admitting liability, the company will pay $1.25 million in damages to the employees targeted by the above-described racial harassment. According to an EEOC press release, ASI must also “review company policies and train all employees, including superintendents and general foremen, on preventing and reporting racial harassment.”

An EEOC official noted this case was meant to send a message to the entire construction industry–whether you are a general contractor or subcontractor on a job site, all employers have a “duty to take prompt, effective action to stop harassment and hate speech in the workplace.” Indeed, given the current social climate, the last thing any construction contractor can afford to do is turn a blind eye to open racism in the workplace.

If you need legal advice on the best way to review your worksite policies and procedures, contact the Florida construction attorneys at Linkhorst & Hockin, P.A., today.