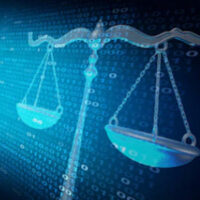 Consider a federal appeals court decision from earlier this year, Southern-Owners Insurance Company v. MAC Contractors of Florida, LLC. A Florida-based general contractor, KJIMS Construction, was hired to build a custom home for a couple in Marco Island, Florida. Following a series of disagreement between KJIMS and the owners, the contractor ended up leaving the job site before the project’s completion. The owners subsequently served KJIMS with a notice of defects and sued the contractor in Florida state court.

KJIMS held two CGL policies from Southern-Owners Insurance Company, which the contractor said covered their potential damages from the owners’ lawsuit. Southern-Owners, however, filed its own lawsuit in federal court, seeking a judicial declaration it was not obliged to defend KJIMS in the state-court action.

Specifically, Southern-Owners maintained there was an exclusionary provision in the insurance policies that prevented KJIMS from asserting their coverage rights. A federal judge agreed with the insurer and awarded it summary judgment. The U.S. 11th Circuit Court of Appeals later reversed that decision and returned the case to the trial court for further proceedings.

The exclusionary provision at-issue said Southern-Owners was not liable for any “property damage” to “your work.” That is to say, KJIMS was not ensured for damages arising from “work or operations” performed by itself or on its behalf, as well as “materials, parts or equipment furnished with such work or operations.” This exclusion also included “[w]ork that has not yet been completed or abandoned.”

Here, the trial judge believed the exclusion clearly applied since KJIMS had abandoned the project. Before the Court of Appeals, KJIMS pointed out the property damages alleged by the owners in their state lawsuit occurred prior to the abandonment, which meant the you-work exclusion should not apply. And in fact, Southern-Owners conceded as much, agreeing that the exclusion did not apply to “property damage caused during ongoing operations.”

Nevertheless, Southern-Owners asked the 11th Circuit to uphold the trial court’s ruling on other grounds. Notably, Southern-Owners suggested the plaintiffs in the state lawsuit did not actually “present a claim for damages that occurred during ongoing operations.” Indeed, Southern-Owners challenged whether there was any “property damage”–as opposed to simply construction defects–insured by the CGL policies in the first place.

The 11th Circuit rejected this line of reasoning. It held the owners’ state lawsuit “can be reasonably construed to allege damages that occurred during ongoing operations.” As for whether the lawsuit alleged property damage, that issue was not considered by the trial court the first time around. The appeals court therefore declined to address the matter.

When it comes to defective construction lawsuits, contractors often find themselves battling their own insurance companies in addition to the dissatisfied project owners. This is where an experienced Florida defective construction attorney can provide valuable assistance. If you need legal advice on any construction-related legal issue, contact Linkhorst & Hockin, P.A., today.