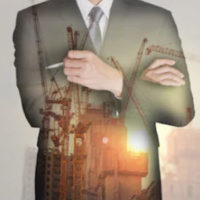 Defective construction lawsuits often lead to a mad scramble among the insurance companies covering the underlying project. It is often the case that two or more insurers have a legal duty to defend against the same lawsuit. But these duties typically exist independently of one another.

In other words, say a given construction project is insured by Company A and Company B. There is a lawsuit against the project, which triggers both insurers’ duty to defend. Company A decides to step up and defend the case at its own expense, while Company B sits back and does nothing. In this scenario, can Company A later demand Company B pay for its share of the defense costs?

Historically, the answer to this question under Florida law has been “no.” Florida courts do not allow one insurance company to seek compensation–known as “contribution”–from another with respect to a mutually-insured party. As the Florida Third District Court of Appeal explained in a landmark 1979 decision, Argonaut Insurance Co. v. Maryland Casualty Co., “The duty of each insurer to defend its insured is personal and cannot inure to the benefit of another insurer.” It therefore followed, “Contribution is not allowed between insurers for expenses incurred in defense of a mutual insured.”

But this is simply a common-law rule. The Argonaut court noted the Florida Legislature was free to create a contribution rule if it saw fit.  And 40 years later, that is just what the legislature did.  On June 18, 2019, Gov. Ron DeSantis signed into law House Bill 301, a package of insurance law amendments that adds a new provision to the Florida Statutes for “contribution among liability insurers for defense costs.”

Applying HB 301 to the hypothetical scenario described above, Company A would be allowed to file a lawsuit seeking contribution from Company B. The new law directs a judge to then “allocate” defense costs among the two insurers. In making this allocation, the judge may apply “such equitable factors as the court determines are appropriate.”

It should be noted, however, that HB 301 only creates a right of contribution once the other insurance company has received actual notice of the underlying lawsuit. The new law is designed to ensure insurance companies do not intentionally skirt their obligation to defend an insured party. It is not intended to “trap” insurers that are not informed of a lawsuit triggering their duty to defend.

And setting aside our hypothetical example, HB 301 does not apply to currently pending construction lawsuits. The new contribution rule becomes part of the Florida Statutes on July 1, 2019. But it will only apply to lawsuits initiated after January 1, 2020.

Get Advice from a Florida Construction Lawyer

Sorting out insurance obligations is just one part of construction defect litigation. There are a host of other complex issues that come up in such lawsuits. That is why it is essential to work with an experienced Florida defective construction attorney who understands the law in this area. Contact Linkhorst & Hockin, P.A., today if you need legal advice or assistance on any construction-related matter.