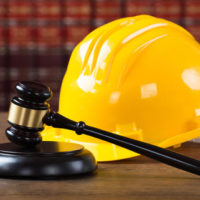 Many homeowners, including regular readers of this blog, know that newly constructed houses can nevertheless contain defects. However, even a new trend of homebuilding – prefabricated houses – which claims to be a more efficient means to construct a house, can still contain defects. When construction defects are detected, retaining the services of an experienced Florida defective construction attorney is central to ensuring that any cost associated with repairing construction defects is reimbursed from the responsible party. Prefabricated housing is the new trend in new house construction, because it substantially cuts down on construction waste, and, by allowing for the construction of the various aspects of a house at a remote location in a controlled environment, is intended to be more efficient. However, construction defects do nevertheless occur, and if they were made as a result of preventable error, those responsible can be held liable for the costs associated with those defects.

Most defects in prefabricated houses, beyond those listed above, arise from the work involved in preparing the site, as well as the installation and setup of the house on the building site. Once the house is built on-site, there is some degree of settling. If the designer and/or contractor have not planned properly, the settling of the house may cause cracks. With regard to the construction of the prefabricated house itself, the failure to ensure that all connections are plumb, not only of the electrical and water connections, but also of the structural meeting points, between the various sections of the house, are potential defects for which the responsible party can be held liable. It is expected that the prefabricated house, when completely constructed, will act according to any traditionally constructed house, and the failure to do so may necessitate a conversation with a construction defects attorney.

Although a new trend in housing, prefabricated houses nevertheless can suffer from the same issues as the more traditional construction route. If you have noticed a defect in your fabricated house, and are curious about whether someone can be held responsible for the defects, contact an experienced construction law attorney as soon as possible. The attorneys at Linkhorst & Hockin, P.A. have experience in many aspects of construction law, including claims against prefabricated buildings. Contact our Jupiter office today.