How Does “Common Law Indemnification” Work in Construction Lawsuits? 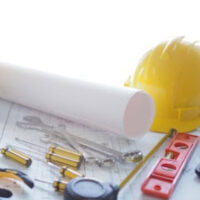 Many construction contracts contain indemnification clauses. Such clauses can shift the legal responsibility for any damage arising from defective construction from one party to another, such as from a general contractor to a subcontractor. But even in the absence of such agreements, there are situations where Florida common law may provide for indemnification of one party.

To provide a practical illustration of how common law indemnification works, here is a recent decision from the Florida Third District Court of Appeals, Brother’s Painting & Pressure Cleaning Corp. v. Curry-Dixon Construction, LLC. The basic facts of this case are not complicated. A condominium building was under renovation. A fire started inside the unit and caused damages. The day before the fire, workers for the project’s painting subcontractor had accidentally left one of their oily rags in a plastic garbage bin inside the condo.

The next morning, the condo was on fire. The local fire department determined that the cause of the fire was the oily rag. In a deposition, one of the firemen who attended the scene testified that “a rag soaked with an oil-based stain can spontaneously combust when exposed to oxygen.”

Both the trial judge and the Third District agreed with the general contractor. As the appeals court explained, the “undisputed evidence” in this case showed that “the damages to the condominium unit were caused by [the subcontractor’s] sole negligent act of leaving an oil-soaked rag in the plastic garbage bin that was in the condominium unit, which rag spontaneously combusted, resulting in the fire that damaged the condominium unit.”

Worksite accidents and defective construction claims can cost contractors thousands of dollars in damages. That is why it is important for all general contractors and subcontractors to understand their legal rights and responsibilities when it comes to indemnification, both common law and contractual. If you need legal advice or representation from a qualified Florida defective construction attorney, contact Linkhorst & Hockin, P.A., today at 561-626-8880, to schedule a consultation.